It was 25 years ago that Prime Events created the Boo Pergament Awards for the most improved basketball players in the Cape-Atlantic League.

As you can see in the chart, below, many impressive players have been selected. Boo Pergament, who died in 2015, is a member of the South Jersey Basketball Hall of Fame who made a strong impact on area basketball.

This year’s winner is sophomore Elmarko Jackson of St. Augustine Prep. He made some important plays off the bench last season as a freshman but, in the season that ended two months ago, he averaged over 13 points a game and played a key role for The Prep during its South Jersey championship run on both ends of the court.

Jackson is also one of the top young lacrosse players in the state who, unfortunately, has missed out on this season because of the quarantine.

The virus quarantine cancelled All Star Saturday, where the award would normally be presented. And The CAL Celebration on the Ocean City Music Pier, the year-ending awards ceremony, has also been cancelled so the award will be transported to Jackson.

The female winner of The Boo Pergament Award will be announced over the weekend. 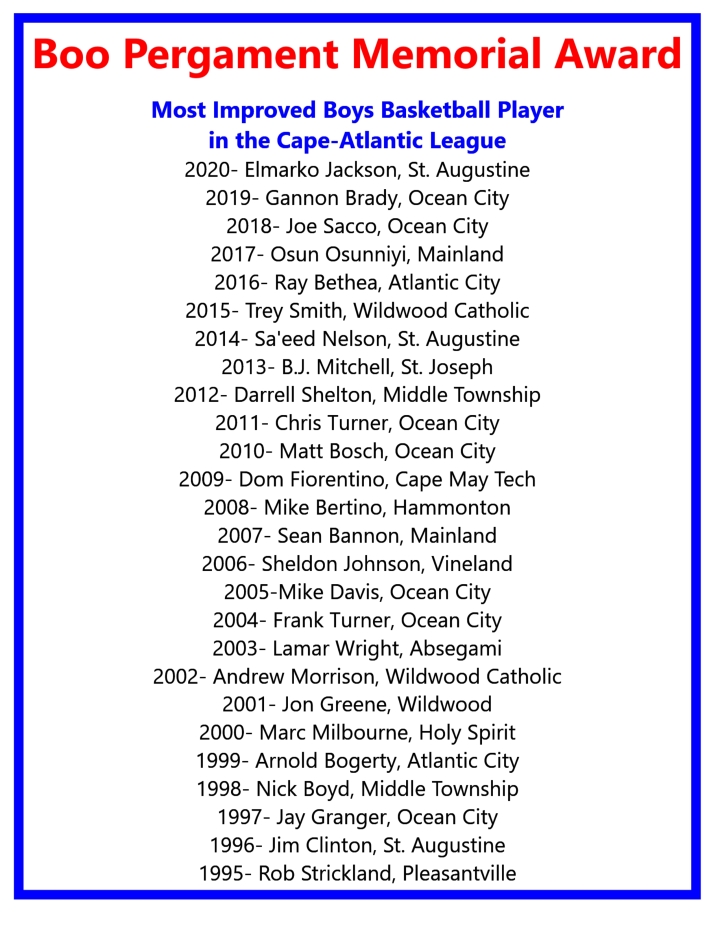