Note: June is always a big month around high schools. There is graduation and the end of the scholastic careers for seniors, plus Father’s Day, which is Sunday.

For more than three decades during June, Tom Williams has turned over his column to people from the Ocean City sports community like Stephanie Gaitley, Matt Woolley, Jeff Boyd, Allison Rinck, Doug Colman, the Degenhardt sisters, Chelsea Bruno and Danielle McNally to write about their fathers.

Over the last dozen years a second column has been added for the rest of the Cape-Atlantic League, giving Shaune McLaughlin, Erik Geisinger, Mike & Matt Campo, Matt & Ty Coffey, Scott Parker and Pat Holden, among others, a chance to write about their fathers.

Earlier this week, Danielle and Andrew Donoghue of Ocean City wrote about their father, Mike. Now, Kylee Watson, one of the highest rated girls basketball players in the country, who has committed to the University of Oregon, writes about her father. Kylee scored her 1,000th career point in the first game of her junior year and led Mainland to its first state championship in girls basketball.

Her father, Tim, was an all star football player at Mainland Regional High School and both the University of Maryland and Rowan University who was drafted by the Seattle Seahawks. An injury ended his football career in 2001.

Growing up, there has been no one who has had a bigger impact on my life than my dad. You may know him as the Cedar Creek football coach. Or the guy who was drafted by the Seahawks. Or even that dude who kinda looks like “The Rock”. But what people don’t always see, is how much of an amazing person he is (and I’m not just saying that because I have to) who is dedicated to the things he loves and has a work ethic that is second to none.

I always admired my father’s consistent optimism and his drive to make himself, and the others around him, better. He has the ability to light up a room with his laugh and has this way about him that can make you feel like you’ve known him forever. The true love and dedication he has for his football program and the players is something that I always want in a coach – someone that genuinely cares about you and wants the best for you.

Luckily, I’m blessed to say I have both my dad and an amazing coach in the same person. Obviously we’ve had our ups and downs. I mean, is any coach-child relationship perfect? There have been plenty of times I’ve been stubborn during film sessions or after games when he’s trying to critique me. But deep down I know the only reason he pushes me so much is because he believes in me and wants the absolute best for me.

From our “sleepovers” with my stuffed animals when I was four years old, to coaching me and my friends in the Chuck’s 3×3 Tournament in third grade, to having a visualization session before I am about to take the court for a state championship or EYBL game, his endless support does not go unnoticed or unappreciated.

Thank you for the countless number of times you’ve driven me hours away to go play in a basketball tournament. Thank you for making a point to send me pregame texts. Thank you for flying coast to coast for college visits (you’ll have to get used to that now, too). Thank you for always being down to have some chocolate chip cookies 😉

But most importantly, thank you for being an incredibly loving parent to me, Hunter and Ryder. Without you, none of us would be who we are today and a thank you just doesn’t seem significant enough to cover how grateful I am that you are my father.

I love you forever, Dad. Thank you and have a Happy Father’s Day! 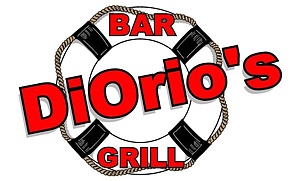